Fourth of July revelers rejoice: The sparklers are safe. The shows will go on.

A warehouse explosion in China prompted a slowdown in fireworks shipments, but the blast won't snuff out area celebrations. Despite national angst that a fireworks shortage could cancel community festivities and darken backyard parties, stores are stocked with bottle rockets and Roman candles. Cities say their fireworks spectaculars are ready to go.

Jordon Paniagua strolls the aisles at TNT Fireworks in West Palm Beach. The Big Bang package is on sale: Buy one at $799.99 and get another for just 99 cents. TNT ordered its fireworks before the warehouse explosions in China and is stocked for July 4.

Fireworks light up the sky during last year's Fourth of July celebration in Stuart. Despite the delay in fireworks shipments and the accompanying rise in cost, Jensen Beach based-Creative Fireworks said its Stuart event this year and its shows in Indiantown and Port St. Lucie are a go. 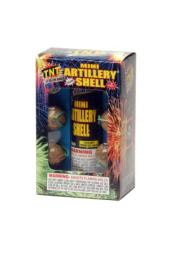 Pop-Its were 75 cents last year, but this year they're 99 cents. 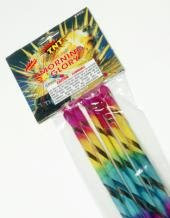 But that's not to say shoppers won't notice a difference in their pocketbooks as they grapple with spot shortages and higher prices for July 4 celebrations.

Brian Grummer, for instance, didn't have trouble filling up his cart at TNT Fireworks in West Palm Beach.

The 30-year-old from Greenacres is planning a trip with friends to Lake Placid, Fla., for the holiday weekend, so he went in search of "big, loud, aerial stuff."

The tab for his stash of missiles, artillery shells, rockets, Roman candles, fountains and firecrackers: nearly $330.

"Folks can expect to dig a little deeper for their fireworks this year," said Julie Heckman, executive director of the American Pyrotechnics Association, a Bethesda, Md.-based trade group for the nation's $930 million fireworks industry.

In fact, pyrotechnics purveyors are facing their largest single-year price increase this July, with some companies pushing up prices as much as 30 percent, said William Weimer, vice president of B.J. Alan Co. in Youngstown, Ohio, which has Phantom Fireworks stores across the country, including 10 locations in Florida.

Phantom has increased prices about 15 percent this year, Weimer said. He points to several factors, including higher transportation costs, a weakened dollar and soaring inflation in China.

Nearly all of the nation's fireworks - both consumer and professional - are made in China.

The supply scramble started with an explosion in February that destroyed about 20 warehouses in the Chinese port city of Sanshui. The accident led to a ban on fireworks shipments at all Chinese ports except two, clogging the pipeline of both consumer and professional pyrotechnics to the U.S.

"It shut down our primary transportation route," Heckman said.

The U.S. government has been working with Chinese officials for months to resolve the transportation woes, she said. China's restrictions on fireworks production and shipping because of the upcoming Summer Olympics in Beijing added additional strain.

"That's not going to help us with July Fourth," she said. "If the product wasn't on the water weeks ago, it isn't going to get here on time."

Heckman estimated that 20 percent of the Fourth of July fireworks will not get here in time: "Everybody is short on something."

Most big chains stocked up early

Mom-and-pop retailers are hit hardest, which may mean fewer roadside tents. Most of the larger fireworks chains order months in advance and are stocked for the Independence Day rush.

Sky King, TNT and Phantom all have year-round locations in Palm Beach County and the Treasure Coast, and many of the area fireworks tents are TNT vendors.

"Our orders were placed before Thanksgiving. Our merchandise was on its way here before the explosion," said Willie Micco, co-founder of Sky King, a Treasure Coast chain with 16 locations including Delray Beach, West Palm Beach, Stuart and Port St. Lucie.

At the TNT Fireworks store in West Palm Beach, shelves are stacked to the ceiling with mortar kits, poppers and rockets. Prices, though, are up about $5 to $10 on several of the larger assortment packs and power-packed aerial fireworks, said manager William Taylor.

Some items have jumped more, such as the Mega Burst 13-piece assortment that was $140 and is now $170. The store couldn't get some items from Florence, Ala.-based TNT's catalogue this year, but sales still are rolling in, Taylor said.

Taylor estimates his average customer spends $100 for Fourth of July fireworks, but some buy by the cartload.

The Big Bang is a roughly 7-foot-tall box of fireworks that sells for $799.99, with a second one priced at 99 cents. This month, Taylor sold four in one day.

Most area events will take place

For the super-size community shows, the delay in fireworks shipments also is squeezing professional firms. Industry leaders say some cities might have to scale back or even cancel their fireworks displays this year.

But again, most of the city-sponsored shows in Palm Beach County and the Treasure Coast are put on by larger firms that stocked early.

"All of our July displays will go on," said Ana Esturilho, manager of Zambelli Fireworks' Boca Raton office.

Most of Fourth of July celebrations will be unscathed, but fireworks retailers are already worrying about New Year's Eve festivities. And many fear shortages and price increases will be a larger problem in 2009.

"You may be paying 20 to 30 percent more and still not getting what you ordered," Micco said.
Posted by Cindy at 6:02 PM