The yuan hit a record high versus the dollar on Monday after the People's Bank of China set a historical high mid-point following a drop in the dollar index after Standard & Poor’s downgraded the US credit rating.

The United States lost its top-notch AAA credit rating from Standard & Poor’s on Friday in an unprecedented reversal of fortune for the world’s largest economy.

Dealers expected the yuan still had potential to hit new highs in the near term as the European Central Bank announced steps to ease tensions in the euro zone debt market, which could support the euro and yuan.

“Now the global market will lead the yuan’s trade,” said a dealer at a Chinese commercial bank in Shanghai. “It’s clear that today’s jump in the yuan is in line with the downgrade of the US”

Spot yuan hit a record high of 6.4268 on Monday, stronger than Friday’s close of 6.4404. It has now appreciated 6.21 per cent since it was depegged from the dollar in June last year and 2.53 per cent so far this year.

Before trade began the PBOC fixed the yuan’s mid-point

China’s central bank raised its mid-point fixing for the yuan by 0.2 per cent per dollar, the biggest rise since mid-November. The dollar/yuan exchange rate may rise or fall 0.5 per cent from the mid-point each day.

But traders also said the pace of yuan gains was likely to slow as global commodity prices, the benchmark Reuters Jefferies CRB index , slumped more than 11 per cent since early May, raising fewer worries over imported inflation. The authorities used the yuan’s exchange rate to help fight inflation.

The yuan has risen 0.59 per cent since the start of July, but its gains in the third quarter are likely to remain confined to around 1 per cent, analysts said.

Offshore, benchmark one-year dollar/yuan non-deliverable forwards (NDFs) were bid at 6.3730 at midday, weaker than 6.3830 at the previous day’s close.

Their implied yuan appreciation in a year’s time fell to 0.90 per cent from 0.74 per cent.

Our latest newsletter is out! You can download or view here!! 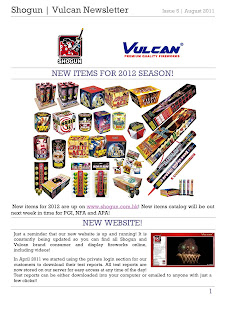