Cosco starts accepting 1.3G shipments to the US!!!

It is possible that K Line will also start accepting 1.3G fireworks to the US from Shanghai as well.
Posted by Cindy at 3:56 PM No comments:

Effective mid April 2009, it is expected that Zhaoqing will accept the transshipment of fireworks containers from Liuyang to Hong Kong to the US. We will keep you posted with updates!

Below is a map: 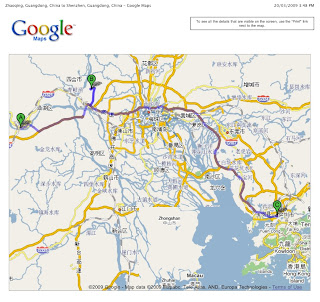 Sometimes, people go through our display catalog and see listed a 5" Single Break Cylinder Shell 0015 called "Funeral Shell" and ask us what it is.

Well, below is a photo of the item. 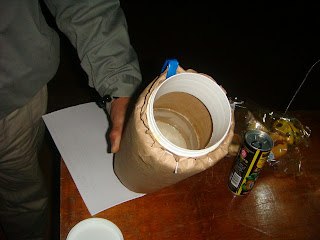 The shell interior (2. holds 95 cubic inch of cremation ashes* which is then fired from a mortar tube like a display shell. The shell comes with lift, burst charge and a screw cap.

Riding on the success of the Beijing Olympics last year, movie maestro Zhang Yimou is ready to treat audiences again with a fireworks extravaganza for the 60th anniversary of the country's founding on Oct 1 in Tian'anmen Square.

Zhang Yimou is surrounded by mediapersons yesterday on the sidelines of the CPPCC session. Jiang Dong [China Daily]
"It will be a celebration for every Chinese citizen," Zhang told China Daily yesterday at a group discussion by art and literary members of the 11th National Committee of the CPPCC.
"It won't simply be a 'big show'. I intend to bring every Chinese cheer on the birthday of the motherland," the director of the Beijing Games opening and closing ceremonies said, without elaborating.

Zhang was also unfazed by safety and security concerns over the use of the pyrotechnics, following a massive blaze at State broadcaster CCTV's new complex in downtown Beijing last month that was sparked off by illegal fireworks.

"We shot off 700,000 fireworks during the Games under strict safety regulations. I won't worry too much about it," he said.
Zhang, who is famous for directing movies like Raise the Red Lantern and Hero, also said he would make a film for the anniversary celebrations and is working on the script for it.

"I became known through films about rural life in China I will keep on making such films," Zhang said.

As a famous member of 11th National Committee of the CPPCC, Zhang tried to sneak pass reporters on his way into the Great Hall of the People at the opening of the Second Session of the CPPCC on Tuesday, but an alert female reporter spotted and tried to stop him from behind immediately.

Members of the press also found Zhang when he took a short break from yesterday's group discussion at a hotel in Beijing.

When asked about his stance on the hot topic of Chinese celebrities changing their nationalities, Zhang said those were personal decisions.

But the director added he had given up his United States green card since making films in China made it inconvenient for him to hold onto the residence permit.

Zhang also expressed his concern over how some Chinese people were still eating wild, endangered animals in parts of the country.

"It has tarnished China's image abroad and we should put a stop to such practices," he said.

As for his take on the ongoing financial crisis, Zhang said he would leave it to the experts.

"Its too vague for me. The economists should be the ones explaining to ordinary people how and why the crisis happened."
Posted by Cindy at 1:12 PM No comments: