In the 3rd edition of INTERVIEWS OF PROMINENT PEOPLE IN THE WORLD OF PYROTECHNICS, Cindy Cheung interviews HAGA Fireworks! For the full article with photos, purchase a copy from '76 pyro!

Haga Fireworks is located in Sendai, Miyagi Prefecture in Northeast Japan. The Haga family has a lengthy history in the production of ammunition, with their ancestors serving as Gunnery Master for the Date Clan (the local Government) in the 17th Century. The founder of the company, Yutara Haga, started his business manufacturing guns and ammunition in 1949, later diversifying into manufacturing consumer fireworks, and then aerial display fireworks.

Haga Fireworks is currently the largest manufacturer of display shells in Japan with two factories located near Sendai and Iwate. Shizuka Haga (Sei Haga), son of Yutara Haga, is the 18th generation of the Haga family now in charge of Haga Fireworks since 1980. Their factory produces display shells for the Japanese market and is renowned for their excellent craftsmanship and quality.

Haga Fireworks has won major prizes in numerous Japanese fireworks competitions such as the Outstanding Award for Creative Fireworks at the Tsuchiura Fireworks Competition and Award for Creative Starmine at Omargari. Haga Fireworks represented Asia in the 2000 Sydney Games Closing Ceremony, and contributed display shells to the Closing Ceremony of the 2002 Winter Olympics at Salt Lake City. They have also produced displays in China, Germany, Canada, Australia, Thailand, USA, Hong Kong, Russia and in the Philippines. Haga Fireworks represented Japan last year at the Liuyang International Fireworks Festival.

What fireworks do you manufacture in your factory?
Shizuka Haga: Mainly aerial display fireworks in our factories. We have a staff of 30 working here. During the summer, we have over 120 workers for our firework displays. Overall, we make about 200,000 shells a year. 60% are for our own use and 40% for wholesale.

What are you most famous effects?
H: We specialize in traditional Japanese styles such as Chrysanthemum, Kamuro, Silver Kamuro and so on. Our spangles are also very colorful, sharp and bright.

How many days in total does it take to make a 12” shell from start to finish?
H: About 30 days. It depends on the kind of shell, though.

Firework competitions in Japan seem very different than in the West. Can you explain what happens during a typical fireworks competition?
H: There are mainly three categories: 12” shells, star mines and designed shells. Compared to competitions in other countries, each shell’s quality is perhaps emphasized more. In big competitions, 30 to 50 companies participate!

When was the first time you travelled to China? What kinds of changes have you seen over the years in Chinese fireworks?
H: I first travelled to China more than 27 years ago and I offered to show the Chinese our Japanese style techniques. That helped me establish a solid fireworks foundation there. Today, those factories have multiplied and become global. The quality is inconsistent, however. Various factors are responsible, like weather, for example (especially humidity),and the skills of technicians, their raw materials, work attitudes, culture and so on.

Do you have a motto?
H: There is no limit to fireworks creation.
Posted by Cindy at 9:50 AM No comments:

Vulcan are delighted to have been selected to represent Hong Kong in the Oman World Fireworks Championship 2010.

The World Fireworks Championship will take place in December 2010 in Muscat, capital of the Sultanate of Oman, as part of Oman's 40th National Day Celebrations. It will feature six of the world's top pyrotechnic production companies, all competing to become Oman World Champion.

You can find out more about the Oman World Fireworks Championship 2010 here. Vulcan will be performing on 6th December.
Posted by Cindy at 9:36 AM 1 comment:

All photos by Christoph Maier (www.pyrophotos.com) 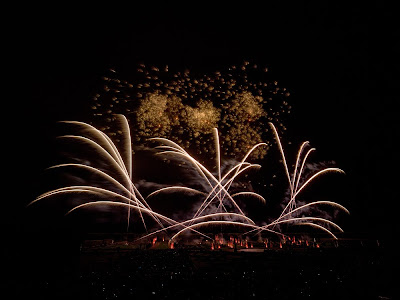 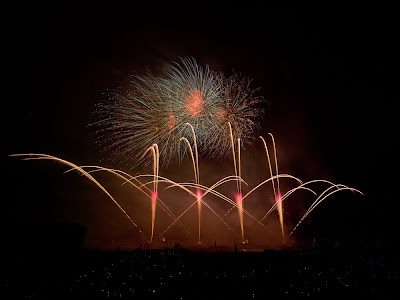 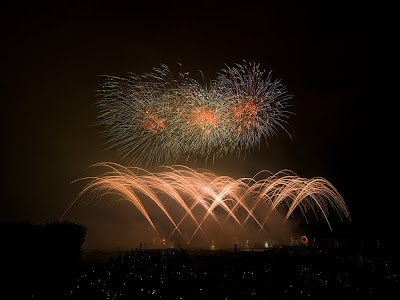