Here is an article on James York, whose company was founded in 1948 by his grandparents. They used to make fireworks in New Zealand and in the early 1990s, the Yorks joined with Vulcan to build a factory in Jiangmen, Guangdong, China, making machine pressed rockets.

At the time, rockets were all hand-pressed in China by workers and our joint venture revolutionized the manufacture of rockets in China. From 1992 to 2001, the Joint Venture factory made the best quality rockets in China, branded as VULCAN. 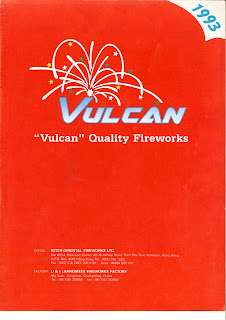