Recently we got hold of some samples of "snaps". We were told they were really loud, as loud as firecrackers, so that piqued our interest. 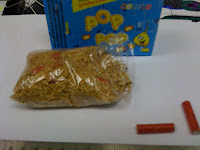 On initial examination, they looked like firecracker tubes without a fuse. When we threw one onto the ground, boy it was loud and ours ears were ringing for several minutes. 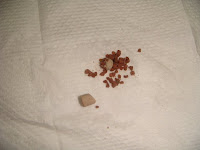 To a regular person, the above photo doesn't mean much, just a bunch of crushed Chinese clay, right? Well, that is the biggest problem, whoever is producing this, transporting this and selling this, have no idea what they are handling. At least I hope not, because anyone who knows what this mixture really is, would not take this kind of risk.