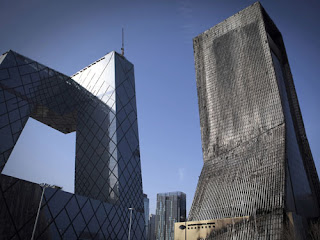 After the capital's disastrous celebrations, there is public support for a ban on fireworks. But not everyone agrees it will be effective.

Because of her job, Wang Qunying has not been able to have a relaxed Lunar New Year celebration for four years. As a security officer in the Zhonglouwan neighbourhood service centre, which includes Beijing's historic Drum and Bell Towers, Ms Wang had to patrol the hutongs between 5pm and midnight to keep an eye out for potential fires.

"My heart was right up in my throat during the holidays," she said. "Our neighbourhood is composed of only single-storey houses with dead weeds on the roofs. They could easily catch fire because of the fireworks."

With fire extinguishers at hand, she was stationed in the open space between the two towers on Lunar New Year's Eve where a huge crowd, many of them foreigners, celebrated by setting off fireworks.

One foreigner fired a rocket that landed on a roof and caused a fire, and another set off a floating lantern that ignited a tree. Neither incident caused injury or financial loss.

But that was not the case with the inferno that engulfed the Mandarin Oriental building at the new CCTV complex, killing a firefighter, almost destroying the hotel and setting off a debate about whether the mainland authorities should reimpose a ban on fireworks.

The authorities said the fire, which burned for nearly six hours, was caused by CCTV illegally setting off fireworks so powerful they required municipal government approval. But even to Ms Wang, whose job is fire safety, it's an unnecessary debate.

"Without fireworks, Lunar New Year would never be the same. You can't deprive people of their right to celebrate the occasion in its traditional way. We should come up with other methods to reduce the danger," she said. Ms Wang said she supported having organised fireworks shows in open spaces so that the public could still have the flavour of traditional celebrations while pollution, noise and danger could be kept at acceptable levels.

There are signs that this is a minority view, however. With the images of raging flames and showers of red ashes still fresh in the minds of many, nearly 70 per cent of people in an online survey said fireworks should be banned because of the noise and danger.

According to official figures, there were 75 fires with 46 people injured in Beijing on Lunar New Year's Eve because of fireworks. Many also complained about the lingering smell and heavy smog after the fireworks frenzy of the Lantern Festival - the last day of the Lunar New Year.

The city's environment watchdog confirmed that the air pollution index, which measures major pollutants, hit 307 in the 24 hours to noon on February 10. That level equates to "very polluted" by national standards and was the worst for the capital since June.

The Beijing People's Congress has listed a study of whether to change the Beijing Fireworks and Firecrackers Safety Management Regulation in this year's work plan, prompting talk of a ban being reintroduced.

For 13 years, the city banned fireworks but the prohibition was lifted for the Lunar New Year holidays in 2006 after public consultation. More than 200 cities imposed the ban in the 1990s but, by 2005, at least 106 cities, including Shanghai and Hangzhou, had relaxed it.

But sociologists, people in the fireworks industry and even security officers such as Ms Wang said a ban would not solve the problem, and could make it worse.

"It's like giving up eating because you might choke," said Zhang Hui, president of the Tourism Development Research Institute under Beijing International Studies University.

"Lighting fireworks is a traditional celebration that brings special family joy. The government should strengthen inspections to ensure supplies are of good quality and people follow safety rules to fire them. The problem is not the fireworks."

Wu Youcheng, Beijing sales manager of Dou Dou Fireworks, one of the three official fireworks distributors in the capital, agreed that a blanket ban was no solution.

"From past years' experience, people would still set off fireworks even when there was a ban and they would try to sneak fireworks in from unofficial channels, raising the risk of them being substandard and causing accidents. The consequences [of a ban] would be much worse than lifting the ban and ensuring the fireworks on the market are of good quality," he said.

Even when the city government urged residents to buy fireworks through official channels - temporary shops set up in designated areas and selling products from the three official distributors - many still drove to counties in Hebei to buy supplies. Across the border, fireworks stands were set up on roadsides near highways and prices were at least one-third below those in Beijing.

The demand for fireworks has been rising steadily over the years, indicating greater general enthusiasm for the pyrotechnics, said Wu Liyu, general manager of Beijing Fireworks, another of the three official distributors and the official supplier to national ceremonies such as the Olympics opening and closing ceremonies.

Residents have also been more willing to pay high prices, in some cases thousands of yuan for a box of fireworks with special effects such as the "smiling face" and "big footprint" made popular during the Beijing Games.

"Apparently, residents have the money and enthusiasm for fireworks celebrations. A complete ban would cause social resentment," Wu Liyu said.

It would also be a catastrophic blow to the fireworks companies and some sectors of the industry, which was vital to the economy of some cities, he added.

Industry insiders said 80 per cent of fireworks were manufactured in Liuyang and Liling in Hunan province, and Pingxiang, Waizai and Shangli in Jiangxi, and were economic mainstays in those areas.

Both executives said it would be more sensible and practical to solve the problem by stricter inspection of the industry and better education of consumers. They said there were already strict regulations on the production, storage, transport and use of fireworks, and the problems were caused by people not respecting them.

Hundreds of registered factories manufacture or process fireworks in Hunan, in addition to the many small-scale workshops that employ manual labourers and often cause deadly accidents - 22 people died in four separate factory accidents across the country last month.

Even in big operations such as Dou Dou's, workers still need to mix and fill powder by hand - the most dangerous link in the production chain. Big companies have established inspection procedures or separate production into stages, to reduce risk, but these precautions are seldom seen in small workshops.

Beijing, with its abundance of sites of historical and political importance, has strict regulations on fireworks but they are poorly enforced, the executives said.

"You are allowed to put no more than 20 grams of powder in a cylinder up to 40mm in diameter and if the firework creates a bloom in the sky, it should be between 25 metres and 70 metres high," Wu Liyu said. "But from my observation, many fireworks must be outside the regulations or they could not produce such magnificent effects."

Beijing also forbids all fireworks within 100 metres of important sites such as historic buildings, kindergartens, nursing homes, hospitals and roads. But the mountains of ash and rubbish on Beijing's streets were clear evidence that these rules were flouted.

As well, fireworks can only be used during certain hours. Nevertheless, explosions rocked the capital late into the night. "I think it's better to control the damage from the consumers' end," Wu Liyu said.

"Say a family budgets to spend 500 yuan on fireworks, they can start by buying them through official channels, buying less dangerous ones if they are for children and strictly following the regulations."

He said the most effective way was to educate people about the right way to set off fireworks, to prevent tragic consequences. It would also save on the costs of monitoring the annual extravaganza. More than 750,000 people, including police, city inspectors, neighbourhood service officers such as Ms Wang and volunteers, were deployed during the first six days of the holidays.

Wu Youcheng said there should also be greater awareness of environmentally friendly fireworks, which have a less overpowering powder smell and no noise.

"There are many stubborn habits that among Chinese have been corrected, such as spitting. I believe recklessly setting off fireworks will also be corrected, given time," he said.
Posted by Cindy at 10:22 AM