Sivakasi is 75km south of Madurai, in the Tamil Nedu province, South of India. Chennai is the capital city of Tamil Nedu, the 4th biggest city in India and has population of 6 million. Madurai is one of oldest cities in India and has a history of over 2,500 years.

To visit Sivakasi, you have to go to Madurai first, which has a small airport. The flight then takes 50 minutes to Chennai and there are several flghts a day by Air India (National Airline) and Paramount (Private Airline). I was on Air India and both flights were delayed for 3 hours. Chennai airport is not big and rather old and has poor facilities.

I was told you can manufacture fireworks over 300 days a year. As the humidity is rather low and hot during the time I visited, the factories are able to put fireworks on cement ground for drying. As Sivakasi is 9º latitude and Liuyang is 28º, the climate in Sivakasi is much better for manufacture of firework than Liuyang.

Sivakasi is sometimes called "Small Japan" and is famous for 3 industries - printing, matches and fireworks. Sivakasi produces 95% of India's local fireworks market and exports very little. What they do export are mainly sparklers and the main market is South Africa, of which 2% of imports come from India, rest from China. The local Indian fireworks market is big. They consider firework as religious items, mainly used in Diwali- so called India New Year (Oct/Nov) and also other festival and religious activities.

Sivakasi firework history goes back to over 50 years. Originally someone from Sivakasi learnt the technique to make firework and firecracker from some factories in Mumbai and came back and started manufacturing. There are about 60,000 persons working in firework industry.

My father told me India imported about 100,000 cases of Tom Thumb and Ladycracker a year from China after World War 2 until they banned importation after Independence in 1947.

There are many government control and regulations in fireworks production.

* No Chlorate allowed in firework. Only about 10 factories are allowed to use perchlorate .
* No chair or table allowed in wokrshop, therefore all sit on floor and work.
* Most building are for 4 persons, no big building allowed in production area. The distance separated the buildings is about 15 meter.
* No machine pressing is allowed.

At present, the cost of fireworks from India is much higher than Chinese fireworks, so there is little chance to compete against China who already controls the world market. Labour cost is slightly cheaper with the average worker earning about US$75 a month. However, the cost of raw materials is about 50% higher. For example, Potassium Nitrate costs $1/kg and $0.60/kg in India and China respectively. Furthermore, all importer chemicals are subject to high import duty (38%) and no refund on export of fireworks. There is also limited or no source of cheap Chinese materials like bamboo and rice paper.

The local Indian market is big and factories enjoy good business and profit in last 2 years. New factories are under construction. There are over hundred of small firework shops in Sivakasi. With Chinese firework technique and marketing knowledge, setting up a factory in Sivakasi can be a good investment in the long term. Whether Chinese firecracker and firework can be exported to India from China in future, no one can answer now.

It was certainly an insightful trip and I learned alot visiting Sivakasi. As the Chinese economy booms with labour costs on the rise, India is for sure in contention to be a bigger exporter of fireworks around the world.

Below is a video of a worker binding a rope firecracker.

Various photos from the trip: 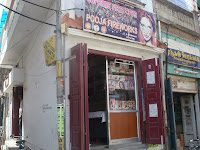 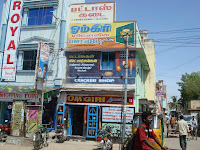 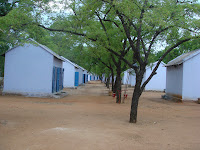 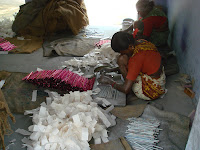 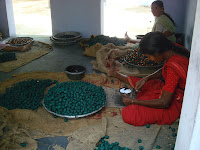 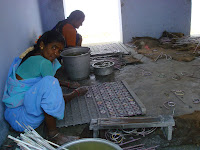 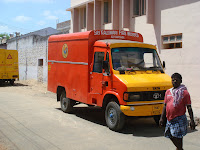 Email ThisBlogThis!Share to TwitterShare to FacebookShare to Pinterest
Labels: Trips

Hello
I am so happy to see your expression of Small Japan Sivakasi..you have described well and you have forgetten to point out how many tonns of Co2 is let into air
i feel approximately 10000 tonns
so as a man belonging to this place after my retirement i have planted Bamboo in my land near Anil works...
you can see it
www.mgrbiodiesel.com
I am happy about your views and I wish you best.
S.a.Alagarsamy
Chennai